More
The History of my 1969 Mercury Cougar ELIMINATOR

"The E-Cat Came Back" 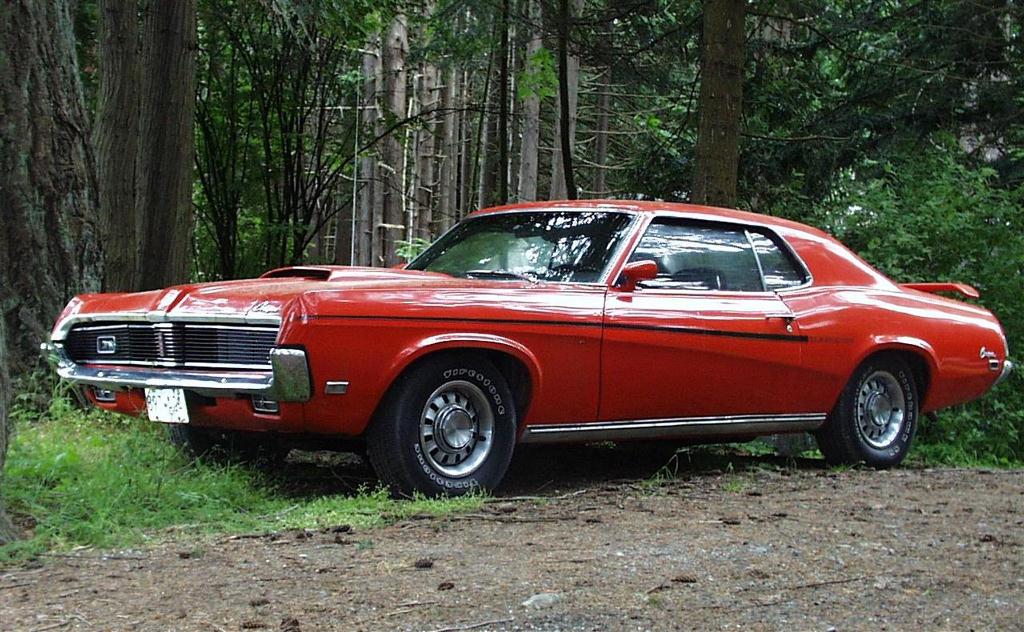 This site is primarily meant to maintain a record of the history of my 1969 Cougar Eliminator and the activities performed on it since its re-purchase. The photo above is as the car appeared on the sales website. Although it looks quite good in the photo and also did in real life, it was in surprisingly poor condition with many major rust issues that would need to be addressed at some time. 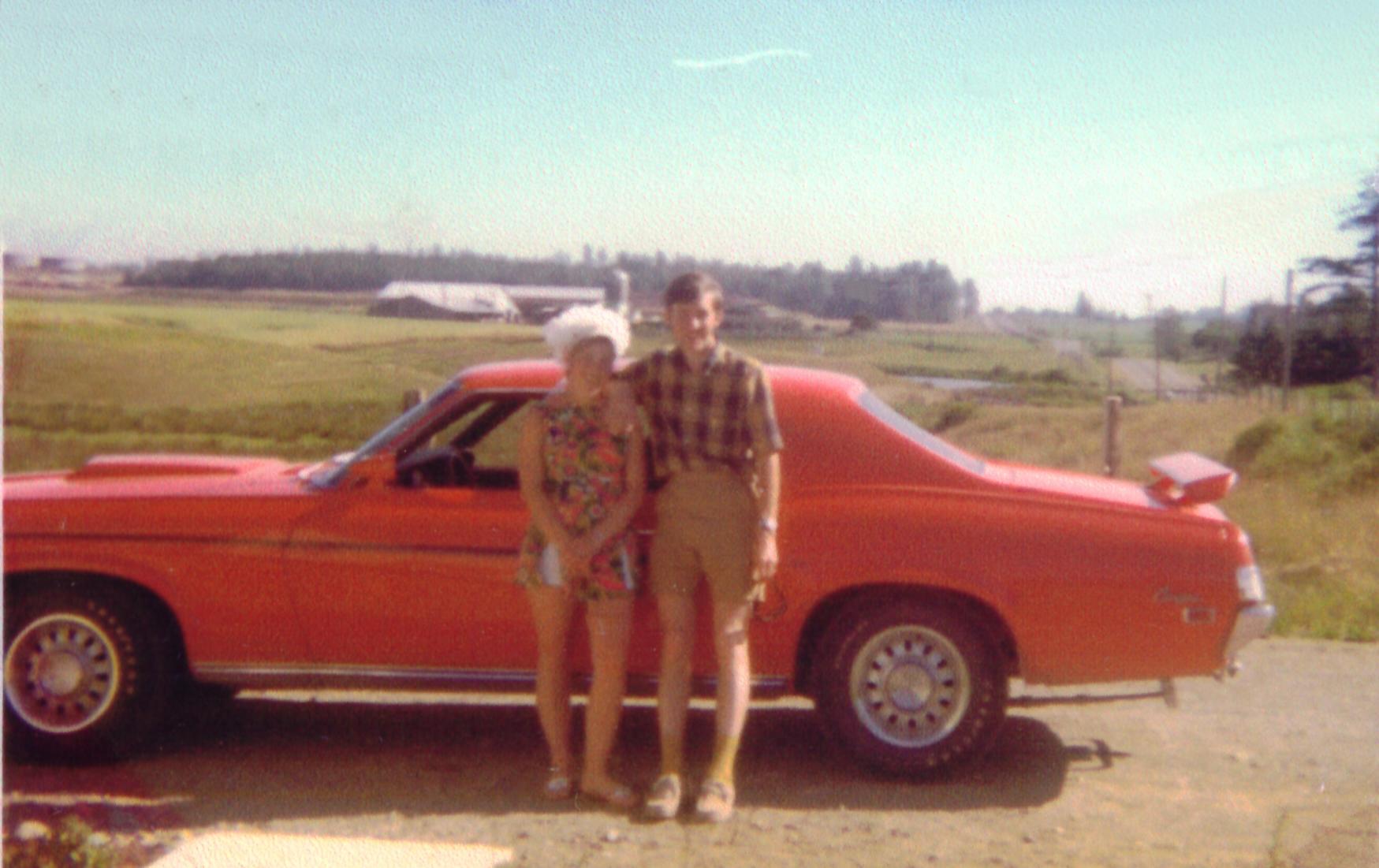 I am Harry A. Unruh and live in White Rock, BC, Canada.

I first purchased this car on August 1, 1969 from George Black Motors, a local dealer in Vancouver, Canada, since closed down. It was a fun car to drive and served us well for the next 5 years. But due to numerous events and circumstances, such as buying a house, having children, and amassing too many traffic violations, I sold the car in 1974 to a local 'kid'. Shortly thereafter I learned the car had been involved in a wreck and "totaled". So, as far as I was concerned, that was the end of the story for this car.

But I never gave up dreaming about the car. Of all the cars I have owned over the years, it was the one car that I regretted most for not having kept.

Over the next 35 years I would frequently do a cursory search for a 1969 Eliminator similar to the one I had owned.  Of course, in the early years without internet, this was somewhat more difficult to do, so most of my searches would be in either the classic car sales catalogs or at car shows.

Then, with the introduction of the internet and its great search capabilities, I was able to do a much more refined search but never came up with anything that "excited" me.

On August 8th, 2009, I did some more searching for 1969 Eliminators, mainly to see what was out there. Remember, my car had been totaled so finding it was out of the question, or so I thought. I came across a web site that was advertising for sale a Cougar that looked amazingly like mine, but the site was well over a year old so I didn't have much hope that the car would still be available. And of course, it would NOT be my old car, but what the heck, give it a try; it would be nice to own one like it again.

I sent an email to the site owner, relating my Eliminator experiences, who promptly replied that the car was still for sale, and very likely my old car!! This car had been in a major wreck at some time before he ever owned it, and had been repaired and partially restored since. 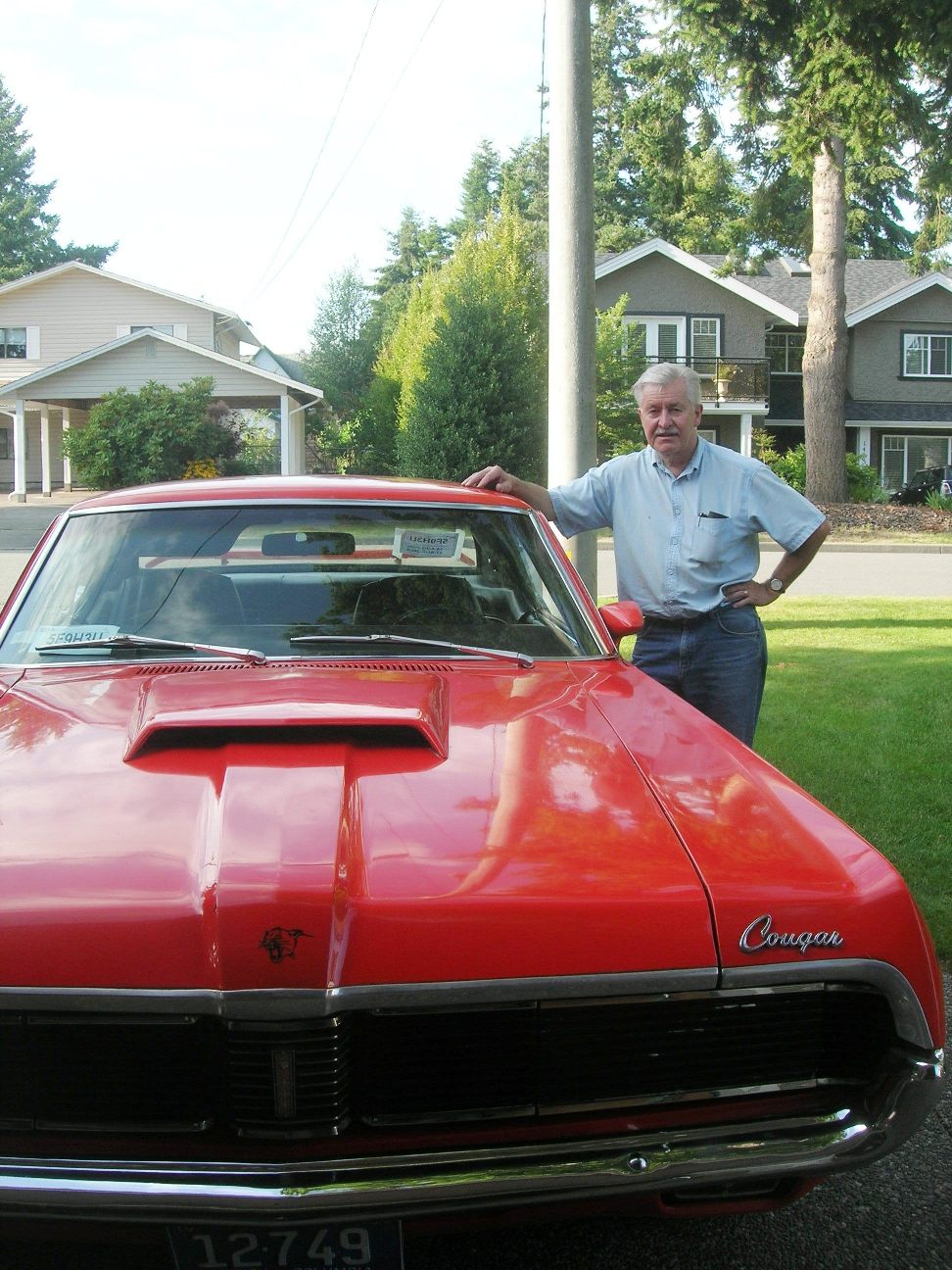 It had also been first sold on August 1, 1969 and the dealer had been George Black Motors of Vancouver, Canada. After numerous more emails, it was determined that this definitely was my old car, and as my wife said during this whole exercise, "We just have to buy it". So, several days later I re-purchased the car I had initially bought in 1969. I felt like a kid at Christmas!! A week later on August 15th I brought the car home; that sure brought back memories!!

Now that we owned "our" Cougar again, we wanted it to be and look just like it had when we first bought it. So, it is now being totally restored, frame-off, ground up. This has resulted in many surprises especially since the car had been wrecked many years ago and never properly rebuilt. The following section highlights the restoration process. 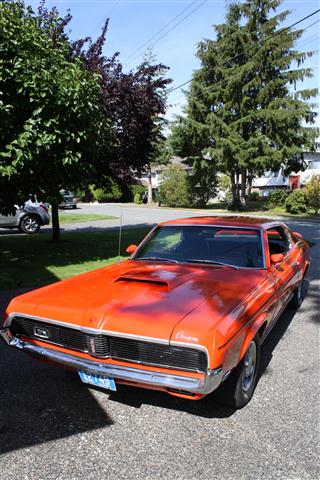 We decided to do a complete restoration soon after we purchased the car. Granted, it was quite adequate in its current condition as a daily driver, but we wanted it to be as it was when we first owned it. We hated to see it sitting in the garage with rust and paint bubbles all over. So, on October 19, 2009 we brought the Cougar to the body shop to be professionally restored.

The restoration of the car was to bring it to Driver/Show quality, trying to use as many original parts as possible, and if replacement was needed to try to use original good used parts where available and possible. New reproduction parts were used in certain applications and NOS parts were also procured when available and affordable.

As of Feb. 7, 2011 we have already accumulated over 900 "paid" hours on the project, not counting the many hours I have added at my home on various small jobs. As this is being written, the painting is nearing completion. Then it's off to the upholstery shop.

*** It is April 4, 2011 and we have now just passed 1000 "paid" hours!! The project is nearing completion; painting is complete, upholstery is done, and the car is being reassembled. Of course, now the little gremlins are starting to show up; i.e. wiring, switches, lights, trim fitment, etc. See the "Reassembly" photos in the Photos topic for the latest; starting to look real good.

*** May 26, 2011 - car was first started; started quite well but discovered a serious vacuum leak at the carburetor base so would not run properly. Found the spacer plate was very uneven as well as the carb base resulting in the gaskets not sealing properly. After getting all surfaces perfectly flat and even, and installing new gaskets, and then being able to properly adjust the carb idle & mixture screws, car runs beautifully.

*** June 10, 2011 - still working out the bugs; brakes, transmission, water pump, electrical - all needed work. Hoping to have it driveable early week of June 13.

*** August 1, 2011 - Exactly 42 years from the day I first purchased this car, I put it into its first showing at the Westcoaster Daze Show & Shine in White Rock, BC, even though it isn't fully completed. It still needs the Eliminator stripes and the rear window needs to be reset and trim installed.

Click on the  Photos link to see all my photos of the work performed.

Here is what the Cougar now looks like on August 1, 2011, exactly 42 years since I first purchased this same car. The restoration is almost completed - it needs to have the rear window reset and trim installed, and also still needs the Eliminator stripes applied. But she looks great. Ready to pounce!! 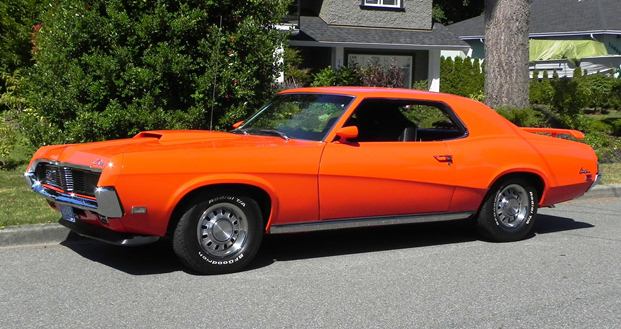 Eliminator stripes have been applied. It now looks like a real Eliminator, not just an orange Cougar. 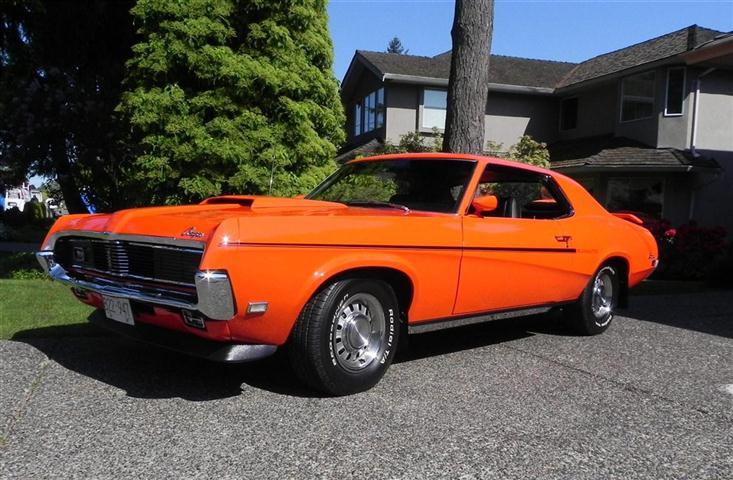 We spent over 5 hours applying the decals (stripes). We used a laser to get them on absolutely straight. But it's quite interesting how the different curves on the car produce an optical illusion and make the stripes appear to follow the curves even though they really don't, depending on how you look at them.

TOPICS  - Click on the specific topic to go to that section.