All front mechanicals were either rebuilt or replaced, as follows. 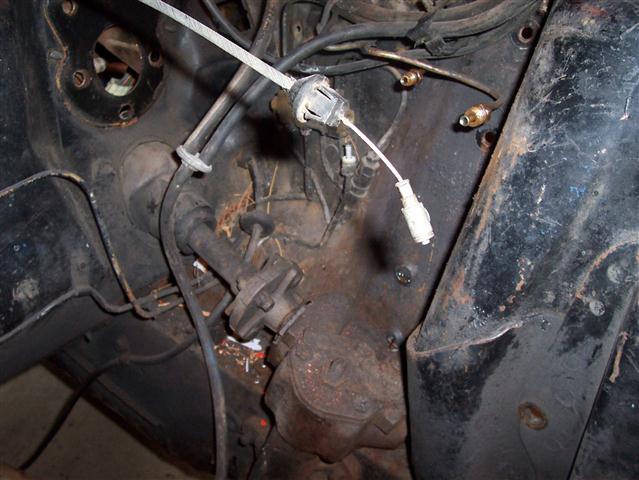 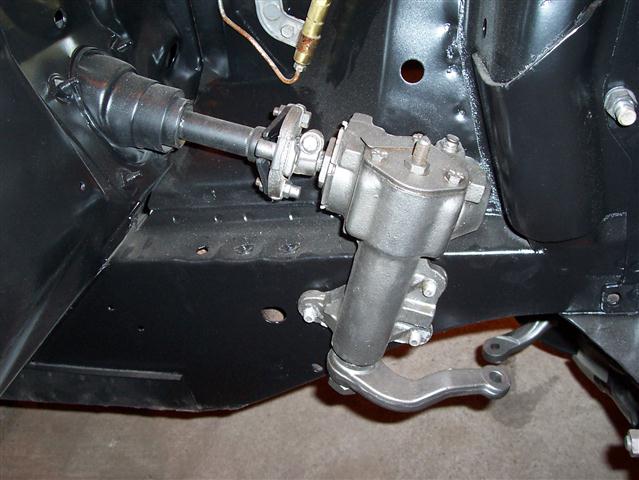 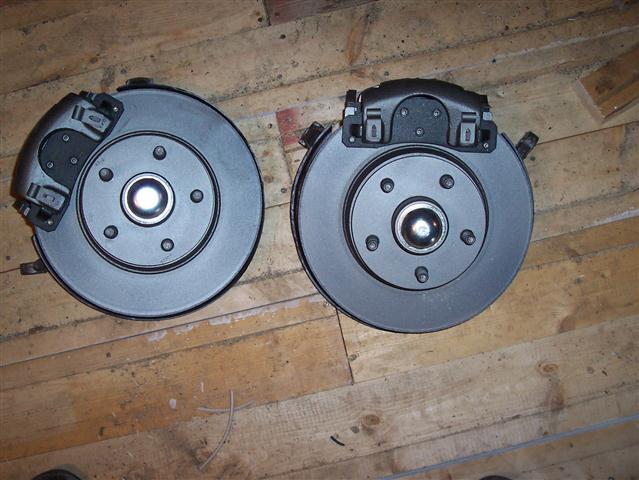 We were able to keep the coil springs; the car seemed to ride at the correct front height before we started, so they were cleaned and refinished and reinstalled. 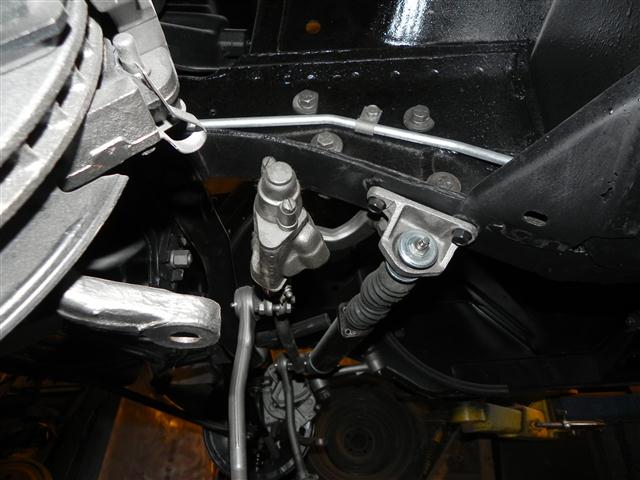 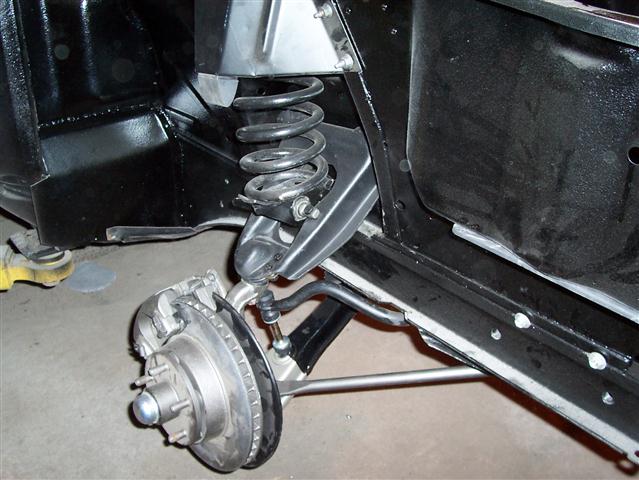 The mechanical components on the rear end were also either rebuilt or replaced as follows. 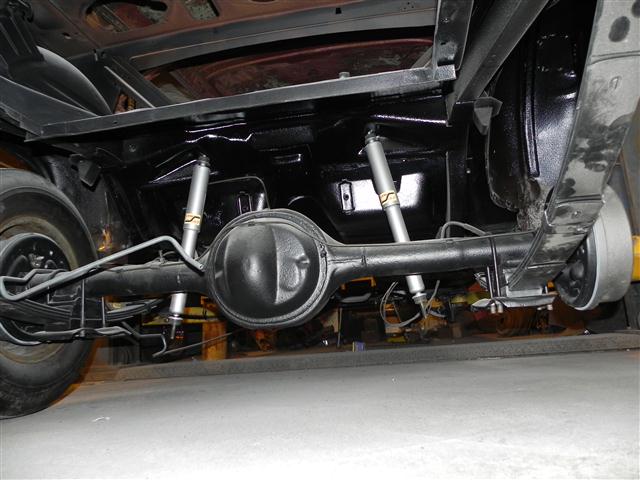 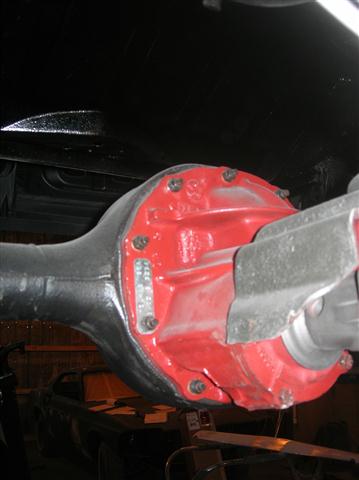 Since the engine ran strong before the restoration, I decided all it would need at this time would be a general inspection and repair or replacement of obvious items that appeared suspect. I did all the engine work myself, other than the unit rebuilds. The following was then done.

Autolite 4300 Carburetor is not the original but a 600CFM unit replaced by the previous owner. It was sent to The 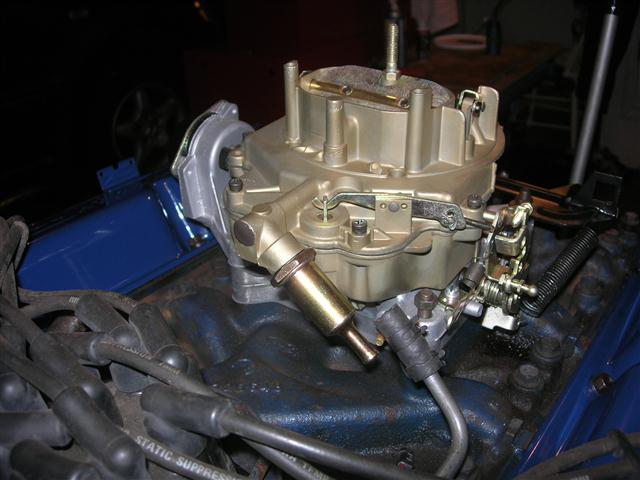 Carburetor Doctor in Stony Plain, AB  for a complete rebuild. This included it also being re-anodized.

Water Pump was rebuilt by a professional rebuilder. Rather than purchase a new reproduction, I wanted to keep as much original as possible.

Oil Pump was replaced with a new Melling Hi Volume unit, including shaft and screen. I replaced it because when I removed the oil pan, I found all kinds of small pieces of "crap" in the oil pickup screen. This was determined to be plastic pieces of timing gear teeth as well as pieces of valve guide seals.  The timing gear and chain had been earlier replaced by the previous owner so it was left as is since the teeth bits were obviously from the old gear.

Valve Train
I had already planned to replace the valve guide seals since I had the engine out and on a stand. I was not planning on rebuilding the heads at this time.

On removing the valve covers, I discovered one valve appeared to be out of adjustment in that the rocker arm was resting on the spring retainer and not on the top of the valve stem (see #2 Intake below). 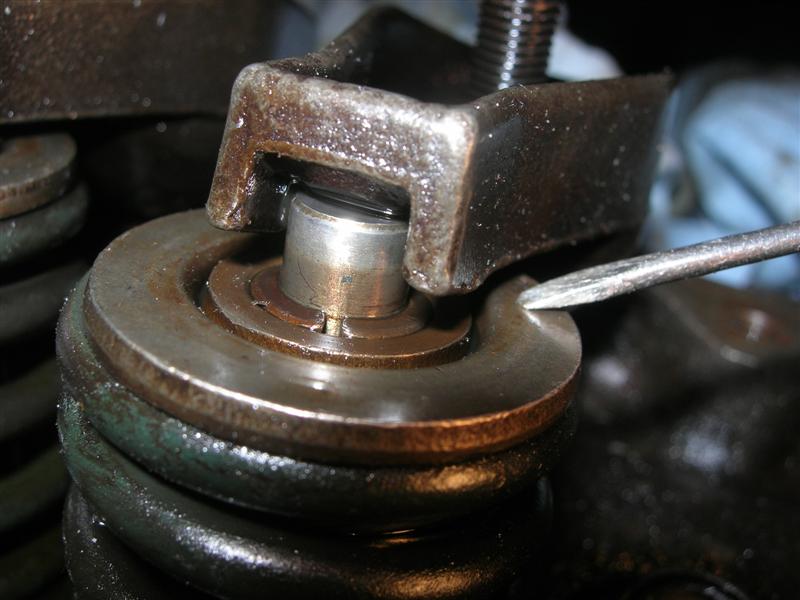 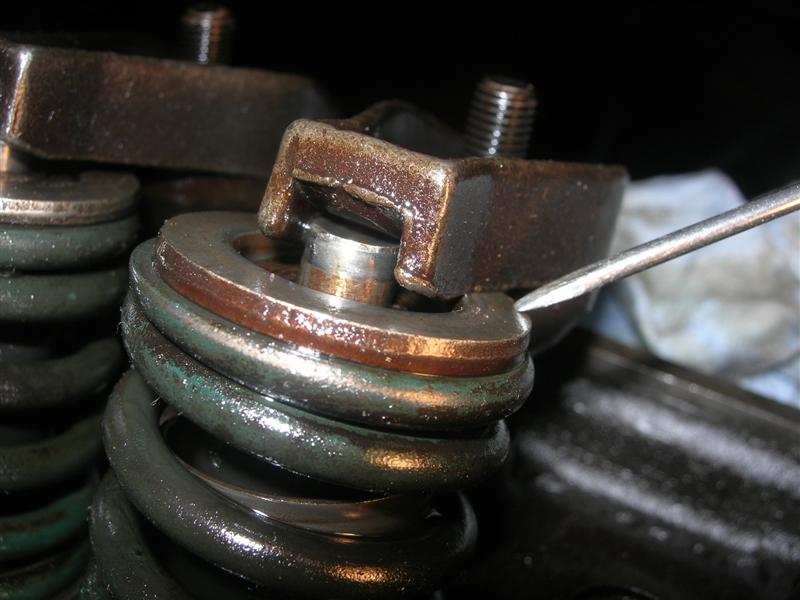 After removing the rocker arm, I found the spring retainer was completely worn out to the point where the valve soon could have dropped down into the cylinder.

On replacing all the valve guide seals, I found that no other valve had this problem so felt I wouldn't need to remove the heads to do any more work than what was initially planned. The entire "top end" of the engine also looked exceptionally clean so was comfortable with this decision.

Rear Main Bearing Seal had been leaking so was also replaced with a new neoprene 2-piece unit. This was done with the crank shaft left in place, only loosened and the rear main cap removed.

Freeze (frost) Plugs were replaced; found one plug/hole was so badly corroded that the new plug would not fit tightly so I installed a block heater in that hole. We'll see when we finally get the engine running if there really is no leak there.

Flex Plate was replaced since the old one had at one time been replaced (could tell by the part number on the plate not being a Fomoco number), and I wasn't sure it was correct. 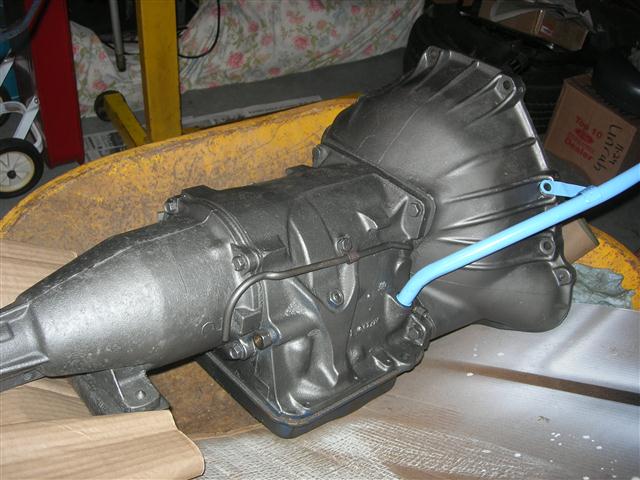 The transmission had been removed with the engine, and on closer inspection, was determined to not be a 1969 unit. Also, it's condition was not known, so a good used 1969 FMX was purchased. To ensure it would be working properly, I took it to a transmission shop to have inspected and if needed, rebuilt. The shop opened the unit and found that it had very likely been rebuilt fairly recently and appeared to be in excellent condition.

I also replaced the old Torque Convertor for the same reason I replaced the flex plate; I wasn't sure it was good and correct for the car.

The complete heater unit was removed from under the dash to be either rebuilt or replaced. We decided it was in good enough condition to be repaired. So we replaced the blower motor, heater core, all foam seals and gaskets, cleaned and sanded it down and reinstalled it complete with new "concours" hoses. 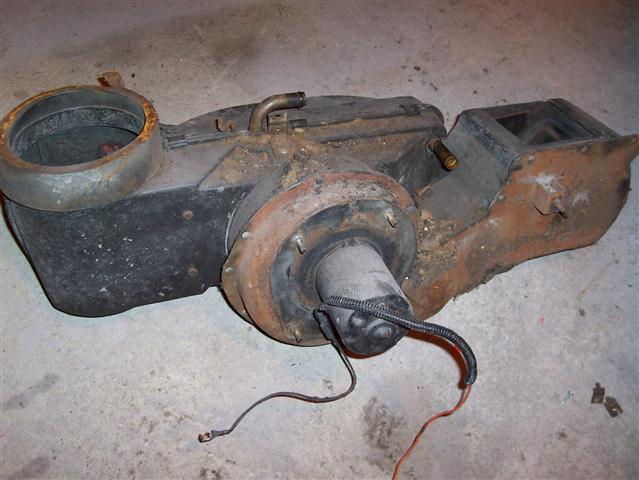 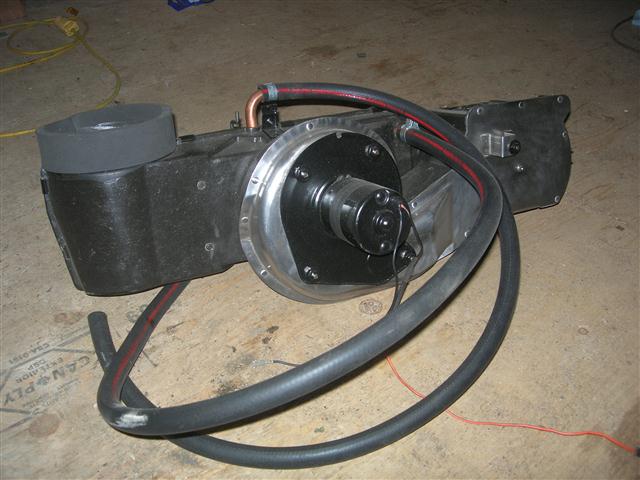